The book of Judges is fairly fragmentary in Sinaiticus.

The recent facsimile, published by Hendrickson, collects and binds in one very large volume all four holdings of Sinaiticus from the British Library, Leipzig University Library, the Oriental Manuscripts Library in St. Petersburg, and St. Catherine’s Monastery. In this comprehensive facsimile, Sinaiticus witnesses to large fragments of Judges 2:20-11:2, with only minor holes, and unreadable text.

In sum, the margins are relatively bare compared to Vaticanus, consisting of mainly text-critical notations of three kinds. Here is what I found (I have included pics):

First, there are eleven cases that I could discern of obelisks that are often found in the study of the Hexapla. This siglum indicates the insertion of a word in some cases and more specifically in hexaplaric studies, as Will Ross points out on his blog, “obelisk (÷) to mark places in the LXX that were additional to the Hebrew.” 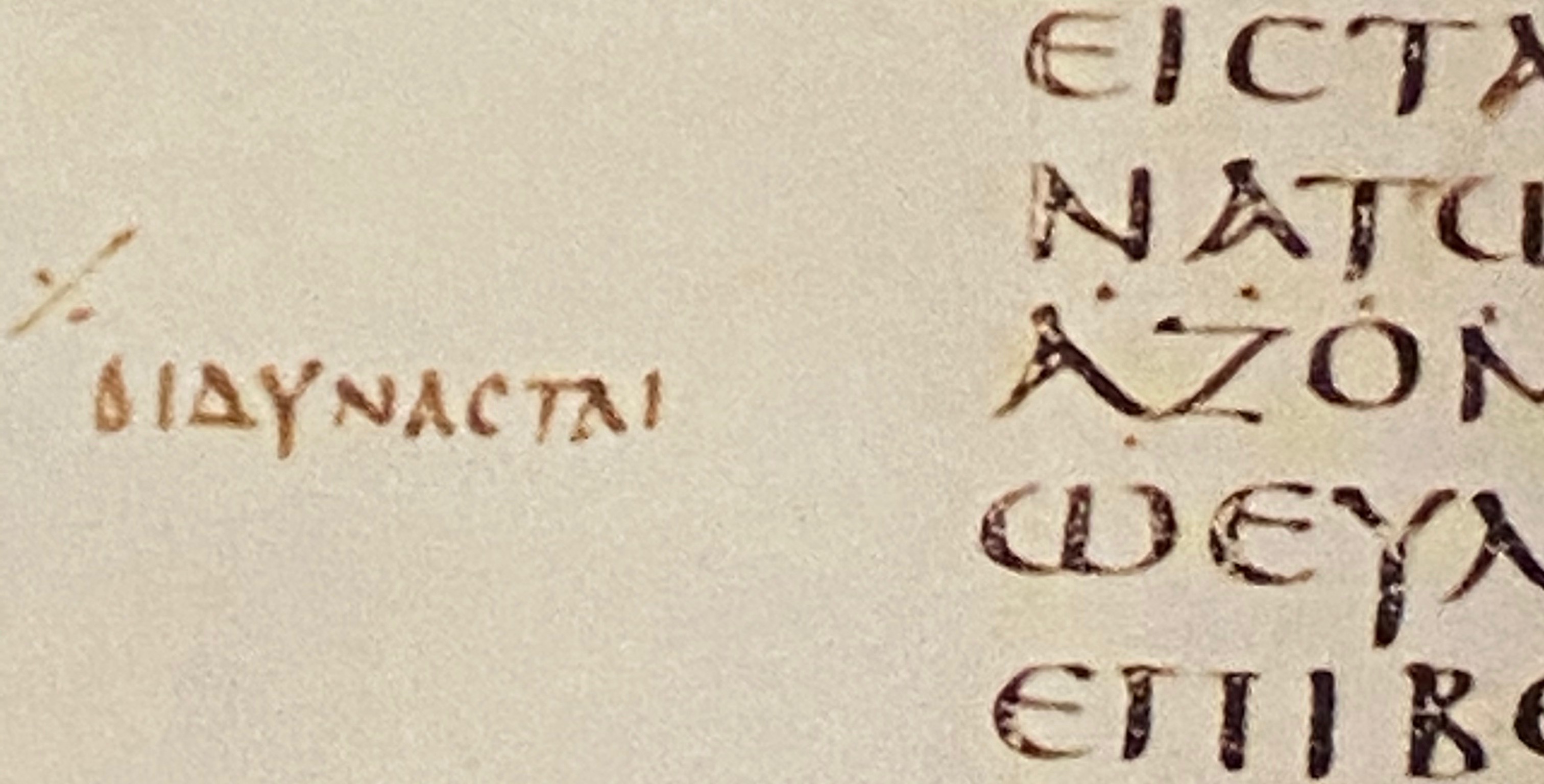 Finally, there are eight occasions where there is just text written in the margins, normally on the top of the page, with no sigla.

Overall, the characteristics of S Judges are quite different than B Judges. The more salient differences would include 1) that it is very incomplete, 2) in many places the text is read with great difficulty. I have provided two photos below of two characteristic pages in Sinaiticus Judges.

Additionally, there are major section markers in S Judges, but are few in number according to the text we have. Also, there are no indications of nota sigla that would serve to guide the reader, as is found often in B.

I am a Presbyterian pastor, and a New Testament and LXX scholar. I am chair of the Luke-Acts section and on the steering committee for LXX studies at The Evangelical Society. I have published in Pauline, Lukan, and Septuagint studies. I am the editor of one book, and have another edited volume and authored volume appearing in 2020. View more posts